Portrayal of Women in Marketing: 3 Ways Things Have Changed Since 1990

If you watch television in the 90s, you may have come across advertisements that consist of the following:

In the past century, women have often been portrayed as the weaker, more submissive gender in mass media, often being relegated to secondary or background roles while men take the centre stage. When women were put in the limelight, they were either written as domestic, loving housewives, or attractive, sensual models. Colours that were considered feminine, like reds and pinks, were often used; and, regardless of what the women were doing, they would always look perfectly coiffed, with faultless makeup and immaculate clothing. Gender stereotypes were still prominently seen in marketing throughout the 90s, and it wasn’t until the 21st century that things slowly began to change.

1. Empowerment is the New Pink 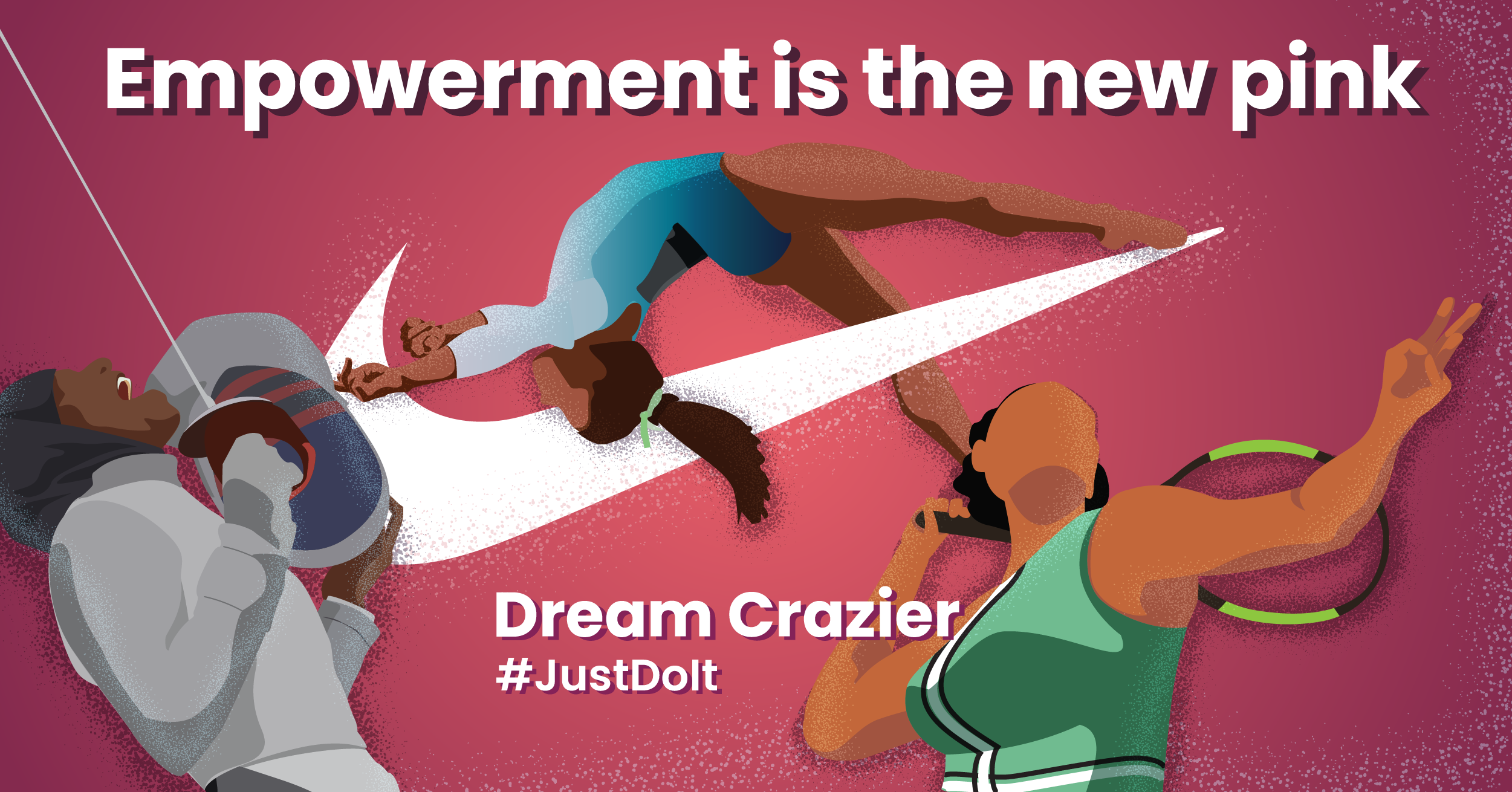 Career women used to be shown as cold, unapproachable ladies with lonely lives. When marketers include women, they were usually presented as warm, friendly, and sweet, often with a bright smile plastered on their faces. However, with the advent of social media, gender equality campaigns, and increasing representation of powerful women in the media, the idea of how a woman should be like has shifted drastically. A growing part of society has started to recognise that a woman’s gender is just a very minor part of how she defines herself. Women nowadays are encouraged to forge their own paths and be fearless in the pursuit of their goals.

Brands like Nike1 have jumped on the fem-powerment bandwagon, featuring strong females and breaking gender stereotypes. Their 2019 Dream Crazier campaign shone a spotlight on various female athletes, such as gymnast Simone Biles and soccer star Megan Rapinoe. In their campaign advertisement, tennis champion Serena Williams narrated about the inequalities in treatment that women face compared to men. The ad resonated with consumers worldwide, gathering more than 6 million views on YouTube in just one day, and resulted in a 2261% rise in social mentions of their official hashtag #justdoit2.

Understanding the importance of not confining women to specific stereotypes, here at WEBQLO, we strive to showcase women from all walks of life in our work. One example is our partnership with Japanese disinfectant brand Cleverin3, where we feature ladies of all ages and backgrounds in their social media channels.

2. One World, Many Women 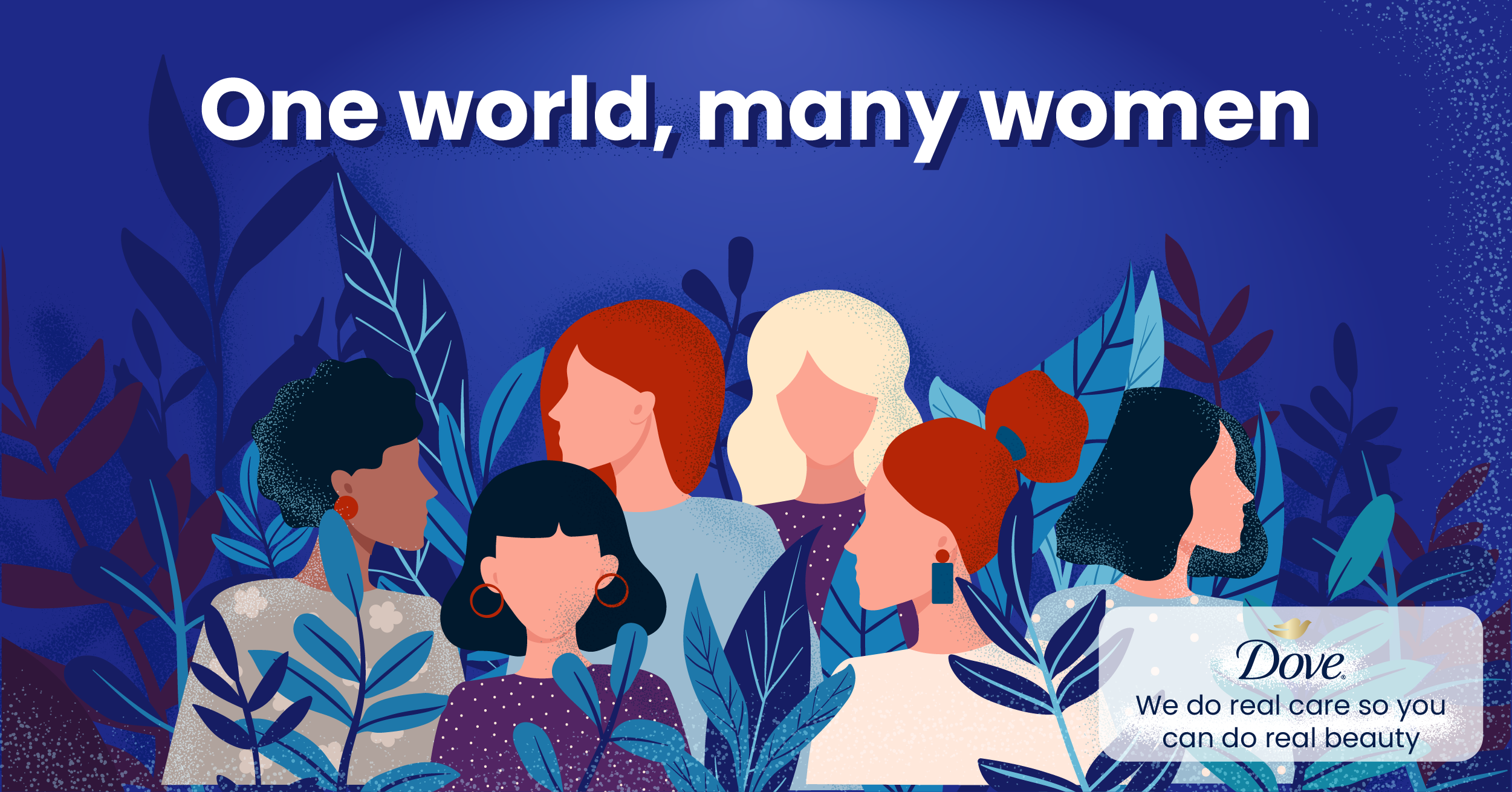 Some time ago, when we think of a beautiful woman, the first image that comes to mind is a slim, tall lady in heels. Whether or not she was supposed to have makeup on, her skin would always be smooth and clear, her hair thick and shiny.

In 2004, beauty brand Dove decided to change this by conducting the “Real Beauty” campaign4, to promote the message that every woman’s unique differences should be celebrated. The campaign showcased female figures in different body shapes and skin colours, and became an instant hit that empowered women to feel beautiful regardless of how they look. Since then, Dove has continued this movement through their “Real Beauty Pledge'' in many countries, including Malaysia5, in hopes of honouring our multicultural community by celebrating the diversity of our female communities.

Following on from Dove, many other brands are also starting to incorporate diverse body types and skin colours in their marketing efforts. For instance, top fashion magazine Vogue brought in women of different shapes and ethnicities to be featured in their covers6, makeup brand Fenty Beauty created products that cater to a wide range of skin colours7, and lifestyle brand Elle partnered with plus-sized model Ashley Graham to launch their Addition Elle lingerie line8. 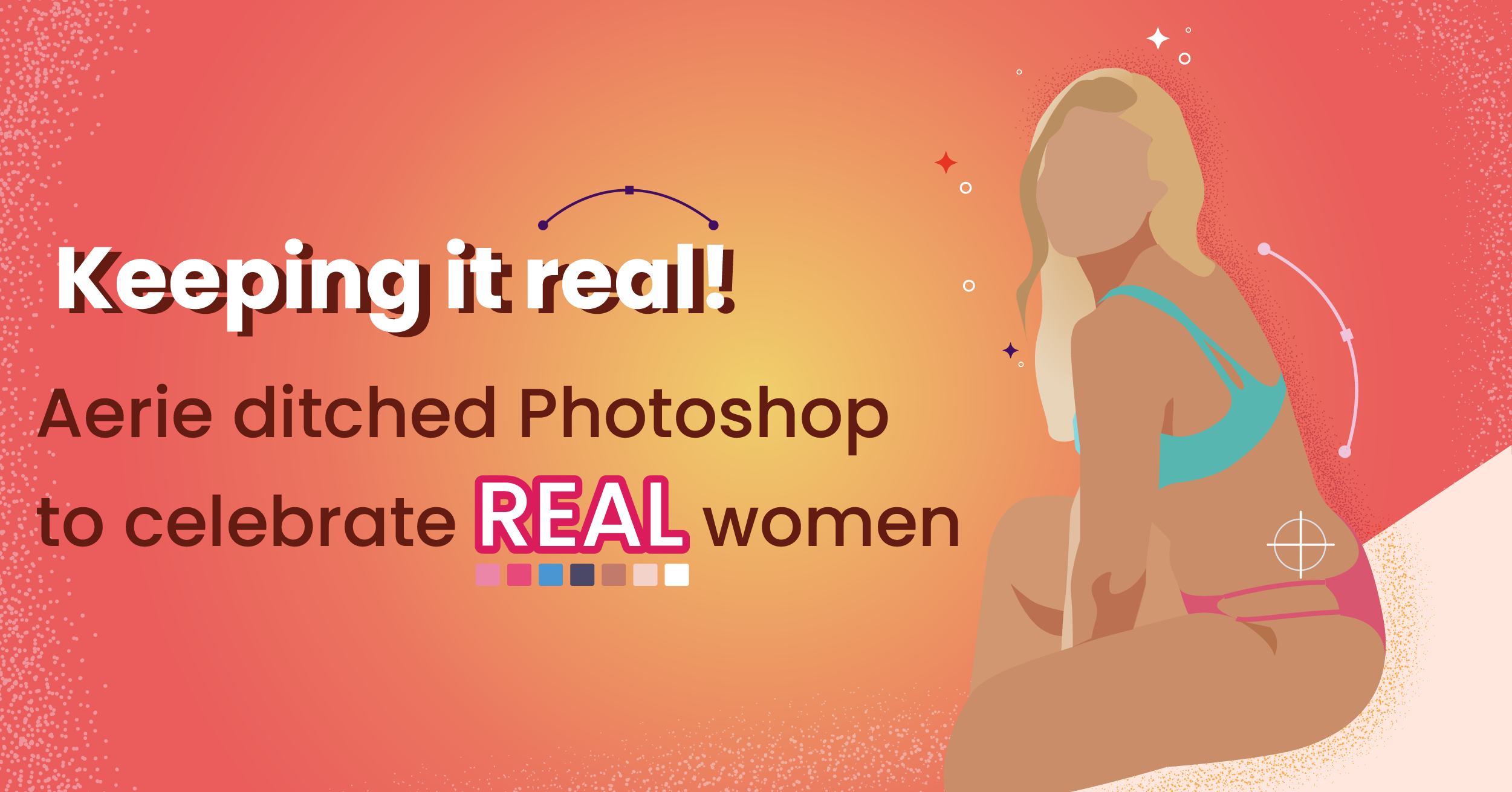 As the use of social media becomes more prominent in today’s society, people are starting to understand that the satin-smooth skin and perfect curves on models in advertisements are often the results of photoshop, which creates unrealistic beauty standards for most people. Celebrities and influencers are becoming increasingly transparent about their “real” selves—faces without makeup, behind-the-scenes photos, and little flaws and insecurities that they have about their bodies. We’re starting to see more and more differences in how brands depict women in their marketing material. Instead of heavily-airbrushed photos, they show women with minimal makeup. Rather than editing away the rolls and cellulite of female models, they have opted to keep them in.

A company that has fully embraced celebrating real bodies is lingerie brand, Aerie, when they banned photo retouches since 20149. Since then, the company has gathered a community of loyal fans who applaud the brand’s efforts in keeping it real.

Our world is becoming more and more connected nowadays, and the integration of social media in our lives has sparked a need for authenticity and inclusivity. Instead of pigeonholing women into traditionally feminine roles, brands and companies should start aiming for more representation in their marketing efforts. As seen by the success of brands that have done so, this is a trend that will only grow bigger as time passes.

If you’d like to know how to create impactful marketing campaigns that are real, inclusive, and diverse, we’re here to help. Let’s do our part in breaking gender stereotypes together.