Virality: How Do The FMCG Industries Do It?

“I want to see this everywhere.”

“Make everyone spread this all over the internet.”

How often have you heard this from your clients? Those within the industry know how difficult it is to achieve “virality” and promising it to a paying client is like planning your own funeral.

According to Jonah Berger, virality occurs due to 6 different reasons which he simplified into the acronym STEPPS. Take a look at the explanation for it below. 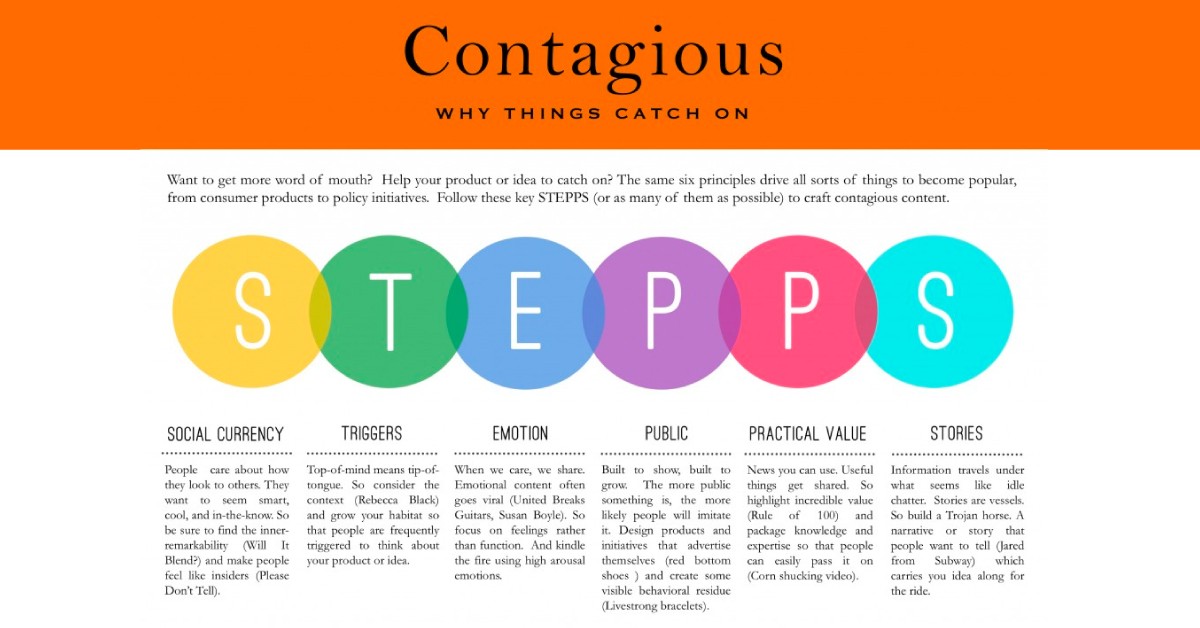 We noticed that a few big players in the FMCG industry have achieved virality with their product launches. It even got us Webqlorians to try some of them out! Check out our video and watch what we have to say about these creations.

Interestingly after trying and analysing them, their product reflects the STEPPS principle. Make sure you’re not hungry, as we’re going to talk about each viral food product and how they implemented STEPPS.

And to prove that these food went viral online, we’ll be showing the numbers from:

Yup, you saw the title right. The reason for this interesting creation is because more people are looking for meat-free substitutes, according to Evelyn Ng, KFC Malaysia’s Deputy GM for Marketing. And it got people talking. 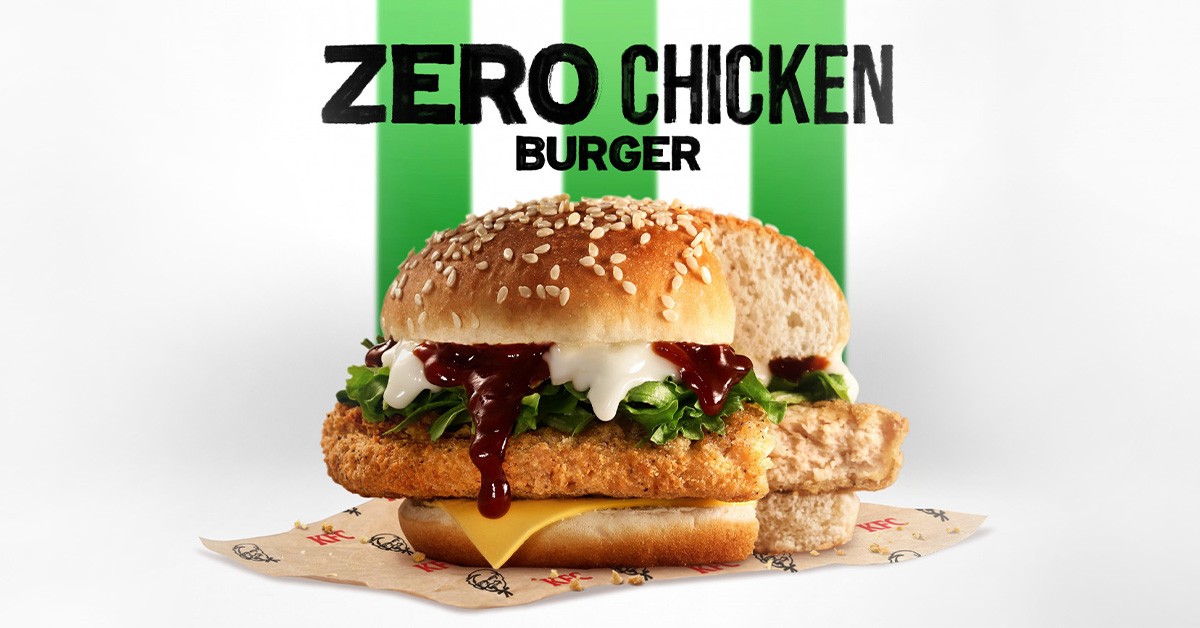 How on earth can the famous fried chicken brand come out with a burger that’s not made of chicken meat? The burger’s name (Zero Chicken Burger) becomes the perfect trigger to make people start talking about it.

Take a quick look at the comments section of their teaser post. You’ll see that many people, vegetarians and vegans especially, were super happy with this creation (although they were later disappointed by KFC’s claims that the burger isn’t vegan/vegetarian).

As Evelyn Ng mentioned, they noticed that there’s a demand for alternative meat. Perhaps this is their first step to possibly having a menu that caters to vegans and vegetarians?

Key Takeaway
When it comes to new products, putting your audience first is key. Since KFC noticed the trend among the audience for meat-alternatives, they made their brand more inclusive with this burger. Though there is some room for improvement to make it vegan/vegetarian, we believe it’ll bring KFC one step closer to catering for all diets.

Imagine two warm buns, and in between lies a crunchy, spicy chicken patty, drizzled with a tasty black pepper mayo sauce, layered with fresh lettuce, and topped off with… apples?! This unique burger was released as a limited edition item for Chinese New Year, and it blew up all over the internet. The mouth-watering photos and videos of the burger are just so… ooooh. It looks so appetising you feel tempted to try it out. But in our opinion, the main trigger is their messaging. They keep asking the audience to try it out and WE determine whether it’s spicy or sweet. 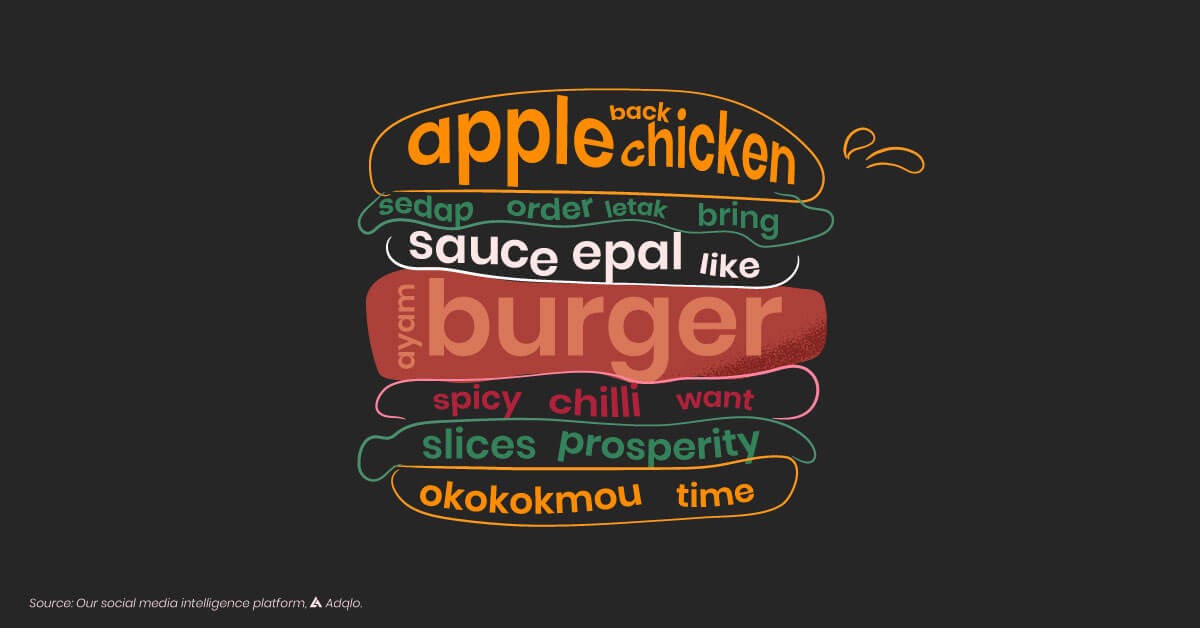 You can see what people are saying about this burger based on this word cloud generated by Adqlo, our social media intelligence platform. There are some positive keywords like “want,” “like,” and, “order,” but there are some interesting keywords like “prosperity,” and “bring,” and “back,” which we suspect is from people wanting the Prosperity Burger instead of Spicy Chicken with Apple Slices.

What happens when you combine two of Malaysia’s top content hubs? You guessed it; Virality. McDonald’s engaged with MGAG and SAYS to craft out a saga about their burger. You can read about it in this article by SAYS, “Hello MGAG, McDonald's Spicy Apple Burger Is Spicy Ok? It's Literally In The Name.”

Key Takeaway
Working together with content creators to craft out a story behind your product can lead to huge success. Just take a look at the posts MGAG and SAYS created on Facebook. It’s very on-brand for them, yet it didn’t outshine the message of McDonald’s burger.

On a side note, as we were analysing MGAG’s post comments, we came across this one by Richie Low and it brings us to our next food item. Try guessing before reading on.

Out of everything we’ve seen, this was the most unexpected combination. It’s literally a cup of instant noodles with milk tea as the soup and boba as the toppings, which apparently can be eaten both hot and cold. If you think the flavour will be sweet, you’re wrong because it’s actually spicy. As it was the latest launch (at the time), people wanted to quickly be the first few to try it out and give their verdicts. And with boba trending at that time, it contributed to the hype of this Spicy Mi Boba.

This weird combination of combining noodles in a milk tea base sounds off-putting. But because it’s just so absurd and unusual, it made people talk about it.

What they did right is combining the 2 trending things: spicy food and boba. It’s almost a recipe for virality. And since Tealive and Mamee are already popular food brands, people will feel intrigued by their creation.

Key Takeaway
When it comes to trends, we should ride on it and act quickly before the topic dies down. It’s very impressive how quickly Tealive and MAMEE came out with this too. Also, don’t be afraid to try out new things. Tealive didn’t limit themselves to just drinks, but they also explored food too.

It all started with the viral internet challenge, “Fire Noodle Challenge,” which led to a variety of brands creating spicy food, and Daebak Foods is one of them. This “spicy, fizzy drink laced with ghost pepper” instantly became a hit. Again, it’s the same case with the Spicy Mi Boba. It was the latest product and people wanted to be the first to try it out. This sense of “FOMO” (Fear of Missing Out) caused the Ghost Pepper Cola to be sold out quickly.

The over-the-top reaction from people trying out the Ghost Pepper Cola made people laugh, but at the same time, it also created curiosity to find out whether it’s really as spicy as how these people reacted.

Thanks to the “Fire Noodle Challenge,” Samyang is already popular and people are raving about them. Since people have already known about it, Daebak Foods made the right move to ride on the popularity and create a new food variation with a familiar drink, cola.

Key Takeaway
Adding a twist to a classic (in this case, cola) is a good way to come up with something new. People already know how cola tastes like, so spicing it up (quite literally) will make people want to try it out.

There’s no 1 single recipe for virality. It’s sometimes a combination of different factors such as trends, timing, and even the reputation of the brands themselves. But understanding what causes virality can help brands create shareworthy content in the future. And who knows? Maybe it’ll explode on the internet just like these brands. Whatever it is, we can't wait to see what concoction they'll whip up next.

And if you’re looking for a digital marketing agency that will help you create shareworthy content, we're here for you. 😉